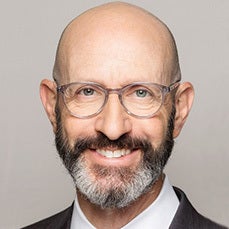 David C. Wilkes is a New York-based lawyer, concentrating in commercial property taxation, economic development incentives, and international property rights with Herman Katz Cangemi Wilkes and Clyne, LLP (HKCWC); which services its clients throughout New York State with offices in midtown Manhattan, Long Island and Westchester.  David was chosen as the sole featured speaker on property tax law for the entire New York State Supreme Court, Appellate Division. David is also a Director of the International Property Tax Institute, and a co-founder and Vice Chair of the National Association of Property Tax Attorneys.

David is the former Chairman of The Appraisal Foundation (the Congressionally-appointed source of appraisal standards for the United States), and has served as Senior Legal Advisor on property rights development in the Middle East and Eastern Europe. David has served for over a decade as Editor-in-Chief of the New York State Bar Association's magazine, the “Journal”, and was Editor-in-Chief of “Real Estate Review” (New York University). David is a RICS Fellow, where he served as a member of Governing Council representing the United States. He is also a designated Counselor of Real Estate. He is the recipient of the IAAO Distinguished Real Estate Research and Development Award and the Counselors of Real Estate's Ballard Award for Best Article of 2005. He is a New York “Super Lawyer” in the field of real estate. David received a Master's degree in real estate valuation from New York University's Real Estate Institute; he earned a law degree from the Boston University School of Law, and a degree in English Literature from the City University of New York.

Thank you for contacting us. We will get back to you shortly.

Please complete all required fields below.

We are proud of our NAPTA network of property tax attorneys who have made our membership a trusted source of expertise.